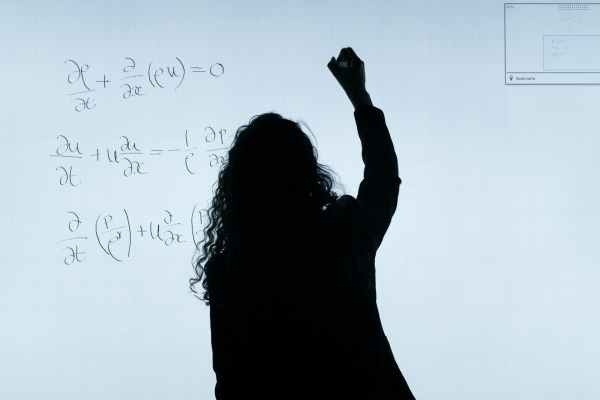 Thomas Sowell once called Milton Friedman “one of those rare thinkers who had both genius and common sense”.

I am not here interested in Sowell’s claim about Friedman, but rather in his insight into the tension between abstract smarts and common sense, and particularly how it applies to the effective altruism (EA) community. For it seems to me that there sometimes is an unbalanced ratio of clever abstractions to common sense in EA discussions.

To be clear, my point is not that abstract ideas are unimportant, or even that everyday common sense should generally be favored over abstract ideas. After all, many of the core ideas of effective altruism are highly abstract in nature, such as impartiality and the importance of numbers, and I believe we are right to stand by these ideas. But my point is that common sense is underutilized as a sanity check that can prevent our abstractions from floating into the clouds. More generally, I seem to observe a tendency to make certain assumptions, and to do a lot of clever analysis and deductions based on those assumptions, but without spending anywhere near as much energy exploring the plausibility of these assumptions themselves.

Below are three examples that I think follow this pattern.

A highly abstract idea that is admittedly intriguing to ponder is that of a Boltzmann brain: a hypothetical conscious brain that arises as the product of random quantum fluctuations. Boltzmann brains are a trivial corollary given certain assumptions: let some basic combinatorial assumptions hold for a set amount of time, and we can conclude that a lot of Boltzmann brains must exist in this span of time (at least as a matter of statistical certainty, similar to how we can derive and be certain of the second law of thermodynamics).

But this does not mean that Boltzmann brains are in fact possible, as the underlying assumptions may well be false. Beyond the obvious possibility that the lifetime of the universe could be too short, it is also conceivable that the combinatorial assumptions that allow a functioning 310 K human brain to emerge in ~ 0 K empty space do not in fact obtain, e.g. because it falsely assumes a combinatorial independence concerning the fluctuations that happen in each neighboring “bit” of the universe (or for some other reason). If any such key assumption is false, it could be that the emergence of a 310 K human brain in ~ 0 K space is not in fact allowed by the laws of physics, even in principle, meaning that even an infinite amount of time would never spontaneously produce a 310 K human Boltzmann brain.

Note that I am not claiming that Boltzmann brains cannot emerge in ~ 0 K space. My claim is simply that there is a big step from abstract assumptions to actual reality, and there is considerable uncertainty about whether the starting assumptions in question can indeed survive that step.

Another example is the notion of quantum immortality — not in the sense of merely surviving an attempted quantum suicide for improbably long, but in the sense of literal immortality because a tiny fraction of Everett branches continue to support a conscious survivor indefinitely.

This is a case where I think skeptical common sense and a search for erroneous assumptions is essential. Specifically, even granting a picture in which, say, a victim of a serious accident survives for a markedly longer time in one branch than in another, there are still strong reasons to doubt that there will be any branches in which the victim will survive for long. Specifically, we have good reason to believe that the measure of branches in which the victim survives will converge rapidly toward zero.

An objection might be that the measure indeed will converge toward zero, but that it never actually reaches zero, and hence there will in fact always be a tiny fraction of branches in which the victim survives. Yet I believe this rests on a false assumption. Our understanding of physics suggests that there is only — and could only be — a finite number of distinct branches, meaning that even if the measure of branches in which the victim survives is approximated well by a continuous function that never exactly reaches zero, the critical threshold that corresponds to a zero measure of actual branches with a surviving victim will in fact be reached, and probably rather quickly.

Of course, one may argue that we should still assign some probability to quantum immortality being possible, and that this possibility is still highly relevant in expectation. But I think there are many risks that are much less Pascallian and far more worthy of our attention.

Unlike the two previous examples, this last example has become quite an influential idea in EA: the notion of a fast and local “intelligence explosion“.

I will not here restate my lengthy critiques of the plausibility of this notion (or the critiques advanced by others). And to be clear, I do not think the effective altruism community is at all wrong to have a strong focus on AI. But the mistake I think I do see is that there are many abstractly grounded assumptions pertaining to a hypothetical intelligence explosion that have received an insufficient amount of scrutiny from common sense and empirical data (Garfinkel, 2018 argues along similar lines).

I think part of the problem stems from the fact that Nick Bostrom’s book Superintelligence framed the future of AI in a certain way. Here, for instance, is how Bostrom frames the issue in the conclusion of his book (p. 319):

Before the prospect of an intelligence explosion, we humans are like small children playing with a bomb. … We have little idea when the detonation will occur, though if we hold the device to our ear we can hear a faint ticking sound. … Some little idiot is bound to press the ignite button just to see what happens.

I realize Bostrom is employing a metaphor here, and I realize that he assigns a substantial credence to many different future scenarios. But the way his book is framed is nonetheless mostly in terms of such a metaphorical bomb that could ignite an intelligence explosion (i.e. FOOM). And it seems that this kind of scenario in effect became the standard scenario many people assumed and worked on, with comparatively little effort going into the more fundamental question of how plausible this future scenario is in the first place. An abstract argument about (a rather vague notion of) “intelligence” recursively improving itself was given much weight, and much clever analysis focusing on this FOOM picture and its canonical problems followed.

Again, my claim here is not that this picture is wrong or implausible, but rather that the more fundamental questions about the nature and future of “intelligence” should be kept more alive, and that our approach to these questions should be more informed by empirical data, lest we misprioritize our resources.

In sum, our fondness for abstractions is plausibly a bias we need to control for. We can do this by applying common-sense heuristics to a greater extent, by spending more time considering how our abstract models might be wrong, and by making a greater effort to hold our assumptions up against empirical reality.